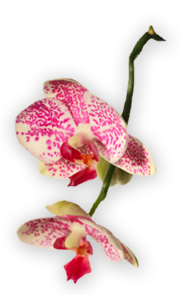 According to the minutes of the Dutch Reformed church from 1886 Mr. J Herold requested the church council for permission to upgrade the peace of land in front of the public office to make it suitable for the playing of lawn tennis. The council granted permission after consideration that the public would not be hindered by the change... In 1890 permission was granted to fence the tennis court. 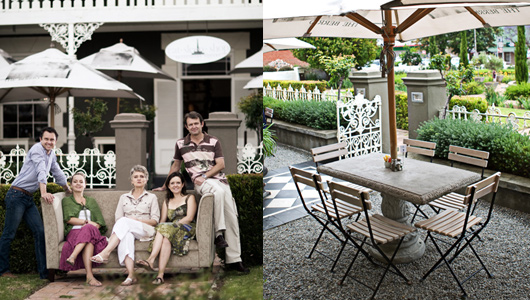 At the same time around 1894 the ‘Wets Agent en Afslaer’ Hendrik Robert Du Preez built the double storey Victorian house overlooking the lawn tennis club to the back of his offices in Dirkie Uys Straat for his family of 9 children. They lived there for 48 years till after his death in 1940.

The 2 properties were sold to C F van As in 1948 who gave the 2 houses to his daughters as wedding gifts. Tossie & Eddie Herfurth and Elsa and Pietie Appelsdam were the last residents of the houses. Elsa (vanAs) Appelsadam as trustee sold the properties to A P H Maritz in 1992 for R100,000. Maritz changed the zoning of the properties to commercial and converted the 2 houses in several units to let. So was born: The Earl of Clarendon Guest House, Jack of Diamonds Club, Blue Parrot Restaurant, Peaches Coffee Shop (later Kippen) jointly known as The Rooi Granaat building.

Juanita Jacobs bought the Kippen Coffee Shop in 2001 and after originally being a tenant bought the buildings with her son Zoon from Dr. Maritz. For the first few years Juanita with 3 of her children occupied and lived in the laundry room of the guest house. She was in charge of the kitchen and Zoon waited on the 24 chairs. Sonè and Thenita grew up in and on the business premises and worked part time doing everything from waiting to painting and cashing up.

The first big change happened in 2002 when the original tennis court now the Roux Memorial Garden came under thread to be developed as parking by the municipality. With a sketch and business plan Zoon collected R45,000 from local businesses to develop and build the garden. The original town square fountain that was demolished on the library site was the main inspiration for the design of the fountain and the rest of the garden.

In 2004 the business was closed for 3 moths to do extensive renovations and infrastructure upgrade to accommodate the new kitchen and 100 chairs for the restaurant.

Today as Hans Fransen describes in his book: The Old Buildings of the Cape; ”High up above the best part of Long Street and fronted by a small formal garden stand two of Bredasdorp’s most impressive buildings. Both are double-storied with small central bargeboard gable with fretwork and a timber and iron veranda, dating from the 1890s.

No 22 houses the tourism information office and no 24, the "Eat Sleep Shop”. The name Bredasdorp Square was adopted in 2004 with the jingle Eat Sleep Shop to acknowledge its prominent central location in the old heart of Bredasdorp with its graceful Victorian buildings dating from the 1890’s overlooking the beautiful formal landscaped town square with the obelisk fountain, the ”Bredasdorp Square” is proudly an icon.

Meals can be enjoyed inside at the fireplace with the glistening chandeliers, in the courtyard with the gold fish pond and wisteria or on the stoep, overlooking the square garden, with more than a 100 Iceberg Rose bushes. Guests can wonder around through the gift and curio store and the art gallery featuring 13 artists depicting scenes which reflect the best of the southern tip of Africa.

Upstairs the four double en-suite rooms are spacious, elegantly appointed in crisp whites, each with an old world Victorian bath. From the colonial appointed veranda you can relax and look over the Strandveld to the Arniston Dunes. The lively complex is a favorite with locals and tourists where they Eat, Sleep & Shop. Guests can explore the area on day trips to De Hoop, Agulhas, Arniston, Napier and Elim.

Bredasdorp Square is the heart of the old town and the pride of its owners and locals.